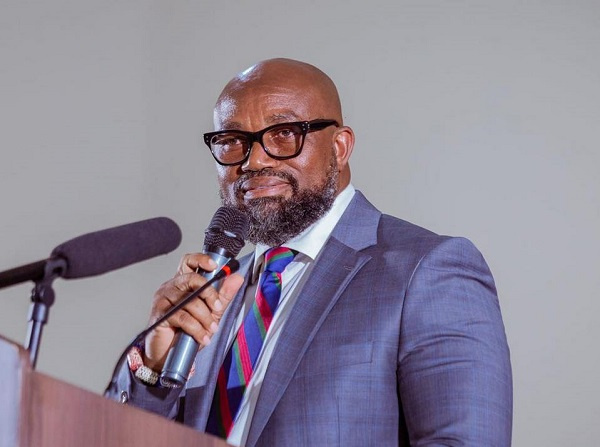 Chief Executive Officer of McDan Group of Companies, Daniel Mckorley, has urged entrepreneurs in the country to be resilient and take advantage of the current macro-economic conditions to build a solid foundation that can propel their businesses to transcend the country’s borders, by leveraging on the Africa Continental Free Trade Area (AfCFTA).

According to him, just as businesses were able to innovate and adopt technology to survive the shocks of the COVID-19 pandemic in 2020, similar tenacity is required from entrepreneurs in these trying times to survive but, this time around, the ability to look beyond the borders of this country should be their target.

He added that the hardship being experienced now does not spell all doom or gloom, but rather key attention must be paid to the significant level of ease of mobility that has been restored through technology.

It is not all doom and gloom; this is the time when Ghanaian entrepreneurs must take advantage of what is happening and launch products that will penetrate the AfCFTA. This is because it is in times like these that we see stronger businesses, and I believe this is the opportunity for vibrant, strong, young entrepreneurs to get ready and lead the fourth industrial revolution,” he said.

Dr. Mckorley further mentioned that his organisation is committed to promoting trade in the sub-region and has signed a memorandum of understanding (MoU) with the AfCFTA secretariat to provide logistics support for easy mobility of goods and services.

“My company’s partnership with AfCFTA will be a critical contributor to the transformation we want to see on the African continent. The agreement will spearhead industrial transformation and economic development, boost intra-Africa trade, and create employment.

“All businesses looking at exporting cargo should note the McDan Group of companies is here to facilitate that trade and bring growth to the economies of Africa,” he said.

He mentioned that unless the goods are able to move from one country to another, all the boardroom discussions and MoUs signed will be meaningless; hence, entrepreneurs must take advantage of the transportation logistics that his outfit is providing to ensure their goods reach all countries on the continent.

He made these remarks at the Ghana Economic Forum (GEF) 2022 – an annual event organised by the B&FT – on the theme ‘Building a robust and resilient economy through technology, finance, investment, trade and entrepreneurship’.

The AfCFTA secretariat has adopted a special instrument described as the Guided Trade Initiative (GTI), which has set the ball rolling for commercial trading to commence for the first seven countries to have met all requirements and expressed strong readiness.

Ghana is one of the first seven countries to start trading under this arrangement, and the McDan CEO believes that if entrepreneurs are able to think beyond the borders and take advantage of available logistical support they could be lead beneficiaries of the continental trade area. 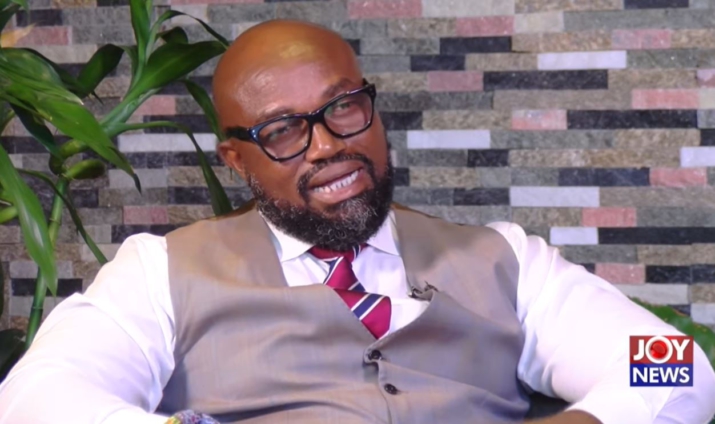 The UPSA Africa Trade Roundtable VI will come off on Monday October 24, 2022.

The event which is on the topic “Infrastructure, Supply Chain systems and AfCFTA” is a collaboration between UPSA Law and ACCA with media support from Joy Business.

They will discuss the state of infrastructural supply on the continent relative to trade and the adjustments that need to be made to the infrastructural deficits in the short to medium-term, the actual potential impact of supply chain challenges to be encountered in the wake of these deficits and whether it is time for African governments to intensify the participation of private sector entities in the provision of public infrastructure and how can this prospect be leveraged as a tool of scalability for trade actors on the continent.

Proponents of AfCFTA argues that the existence of an adequate infrastructural base is vital for the effective operationalization of a free trade zone, adding, infrastructure provides the needed facilitation for the free movement of goods and services and underpins compliance with obligations under a trade deal.

On the other hand, the lack of a sound infrastructural base distorts supply chain dynamics and undermines market fluidity under any nascent trade regime.

Consequently, Africa and for that matter the African Continental Free Trade Area (AfCFTA) has been said to suffer significant historical deficits in infrastructure and this could potentially undermine the smooth implementation of the AfCFTA at the micro level. 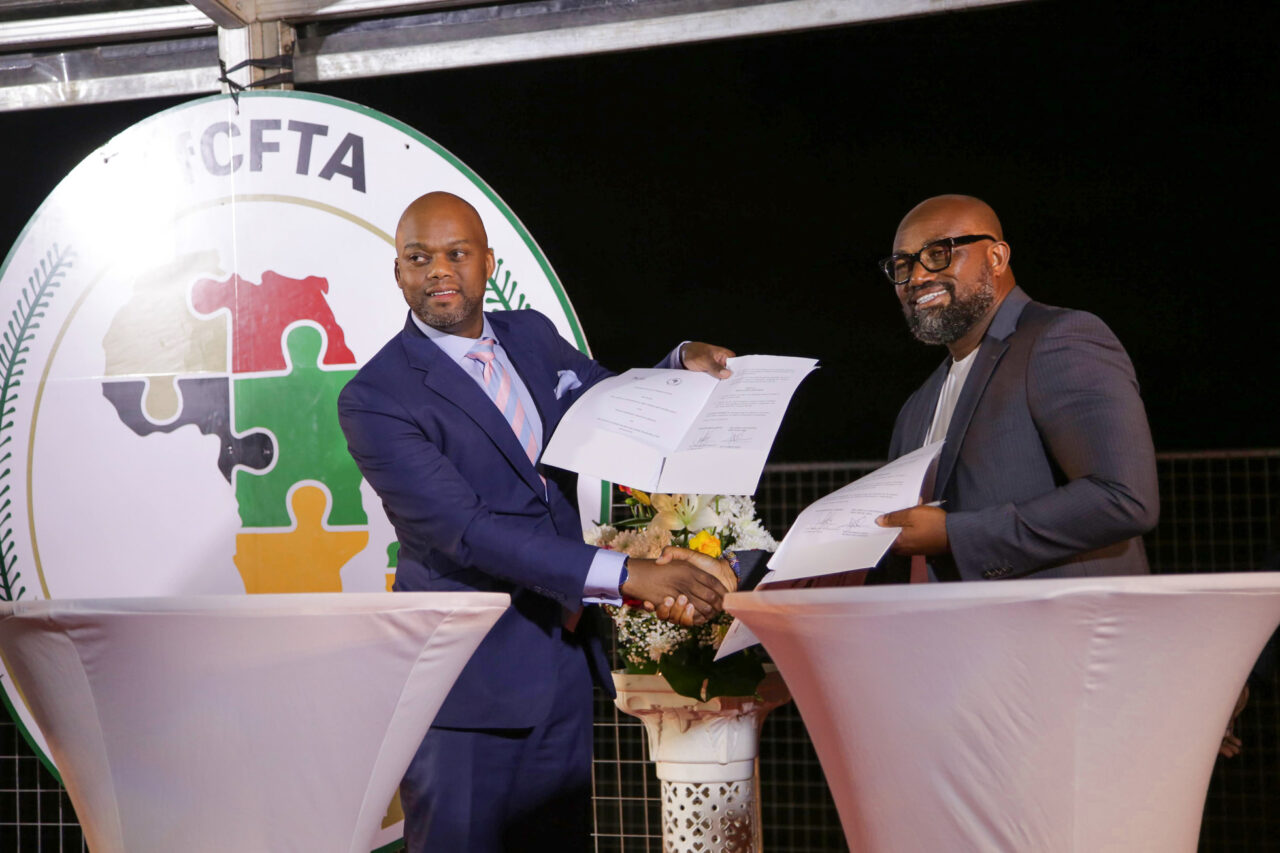 The agreement which was signed on Friday, 7th October, 2022 was announced at the launch of the AfCFTA Guided Trade Initiative at the McDan Private Jet lounge at the Kotoka International airport in Accra.

Speaking at the event, the Trade Minister commended the efforts of the Chief Executive of McDan Group, Daniel McKorley for his initiative to facilitate the transportation of goods under AfCFTA and also called on other entrepreneurs to follow suit.

“I want to end on this note by celebrating one entrepreneur in Ghana, McDan who is signing an agreement with AfCFTA to invest in cargo planes and sea freight vessel to support trading under AfCFTA. Without sea freight, air cargo, this is not going to work”.

“I think this should be a call to other entrepreneurs across the continent to start looking at investing in the logistics services”, he added.

The launch of AfCFTA marks the beginning of commercial trade between eight countries and is operating on a pilot basis. The countries include, Ghana, Kenya, Rwanda, Tunisia, Tanzania, Egypt and Mauritius.

Already, Ghana has issued a certificate of trading to Keda Ceramics Company Limited, a tiles manufacturing company located at Shama in the Western Region to export products to Cameroun.

On the other hand, Ghana has received a consignment of coffee products from Rwanda all under the AfCFTA guided trade initiative.

The Chief Executive Officer (CEO) of McDan Group, Daniel McKorley has signed a Memorandum of Understanding (MoU) with the Secretary General of the Africa Continental Free Trade Agreement (AfCFTA) Secretariat, H.E. Wamkele Mene, to signify the beginning of a partnership which will facilitate trade among African Countries.

The Agreement which was signed during the launch of the AfCFTA Guided Trade Initiative which was also the celebration of the 2nd anniversary of the AfCFTA Agreement on Friday, October 7, 2022, at the McDan Private Jet Terminal in Accra, will grant McDan Shipping the opportunity to load and transport goods across AfCFTA member countries.

In light of this, McDan Aviation has acquired cargo planes and sea trade vessels to support the AfCFTA.

The Minister for Trades and Industry, Hon. Allan Kyerematen lauded the efforts of Dr. Daniel McKorley and indicated that the initiative that McDan has taken would go a long way to help the success of AfCFTA.

The Minister mentioned that the event signifies that AfCFTA is not only on paper but in action and averred that the launch of the initiative signifies that governments of Africa are giving way to the private sector to make it a reality in terms of implementation and institutions in Africa are up to the task.

Delivering his Speech, Secretary General of AfCFTA H.E. Wamkele Mene mentioned that in 15 years, AfCFTA would succeed in lifting many Africans out of poverty and hence, he encouraged Africans to support small businesses.

Most of the stakeholders thanked Dr McKorley for stepping up and thinking about a way to support AfCFTA. They emphasized on how AfCFTAhonoured and made a reality the vision of those who liberate Africa.

On the 1st of January, the AfCFTA Secretariat formally started trading under the AfCFTA agreement.

Since then, the Secretariat and State Parties have been working to put in place structures, procedures, processes, protocols, and documentation needed to enable the commencement of commercially viable trade among State Parties.

The Secretariat in collaboration with the National AfCFTA Coordination Office under the Ministry of Trade and Industry launched the AfCFTA Guided Trade Initiative which symbolise the commencement of commercially meaningful trade on a pilot basis between Ghana, Cameroon, Egypt, Kenya, Mauritius, Rwanda, Tanzania, and Tunisia.

These countries were selected to represent the five African Union regions, including Western, Central, Eastern, Southern and Northern Africa respectively.

Under the Guided Trade Initiative, Keda Ceramics of Ghana will export ceramic tiles to Cameroon.

The Guided Trade Initiative is a very significant step towards realising the African dream of boosting trade with each other and developing closer economic ties among State Parties.

Following the official launch of the commercially meaningful trade, the National AfCFTA Coordination Office in collaboration with other Ghanaian agencies will be undertaking market expeditions to lead Ghanaian businesses to explore selected African markets to trade under AfCFTA.

This is the tool we can't live without - creation of tutorial videos with @talkingdeck is a breeze, right out of… https://t.co/yucyIgAvVb

🥁Just launched a new plugin!🎉 It's a great tool for automatic generation of social media images. 👉Go to Codecanyo… https://t.co/o4164mnbgo